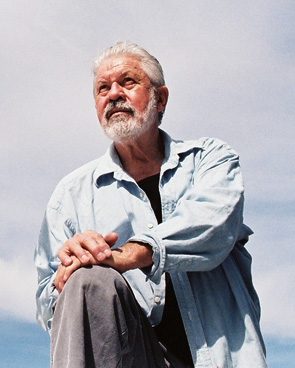 David was born in the state of Maine. Although he wanted to go to college and become an architect, life circumstances lead him to study mechanical engineering. His specialty as an engineer was in power generation and he was active in the early days of water desalination, finding himself especially content in the design phase of project work. Over the years architecture remained his aspiration, as it was a reflection of his creative being and his artistic desires.

Twenty years ago David got the opportunity to pursue his dream/goal of becoming an artist and he has been actively creating works of art ever since. He studied sculpture at the Philbrook Museum of Art in Tulsa Oklahoma where he had his first group exhibition and, over the years, has been in many juried group, invitational, and one-person shows. David’s art has won many awards including “Best of Show.”

David Gonya will continue to make art as long as he is physically able and his art is appreciated by an admiring public.

I do not understand my connection to the universe. I only know that I have lived in it bound by all its rules. When I was able to seriously begin creating art, it was as if I had been born again—not to the old familiar universe, but to a new, more unstructured one. I was then free to look at the world differently—all the shapes and colors. What a glorious way to spend one’s time.