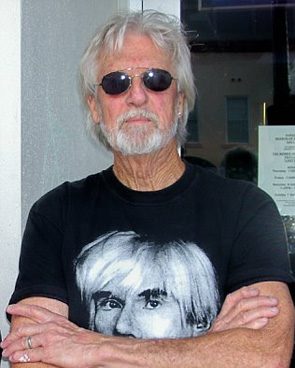 Artist and sculptor Jack Dowd is quickly making a name for himself as one of America’s foremost modern sculptors. He is a contemporary social realist, a connisseur of American types, the boisterous, eccentric, innocently hilarious individuals who rarely become the subject of art.

Dowd celebrates America’s idiosyncratic extended family in his ongoing series of full-sized figures… with affection and humor, and satiric wit. Jack Dowd’s life-size creations, viewed on continuing exhibition in museums and galleries throughout the nation, are recognized by Who’s Who in American Art and are collected by private, public and corporate patrons from Florida to Australia. His first major sculpture to receive widespread recognition was “I Love New York,” a punk rocker that earned Jack Best of Show in the 1989 Coconut Grove Arts Festival.

His work in the Peace River Gardens, “Yellow Andy” is a weatherproof resin copy of a series of 20 sculptures of Andy Warhol on the 20th anniversary of the pop-artist’s death. In the series, the sculptures were attired in black with only the hands, face, and hair painted, some red, some blue, some yellow.