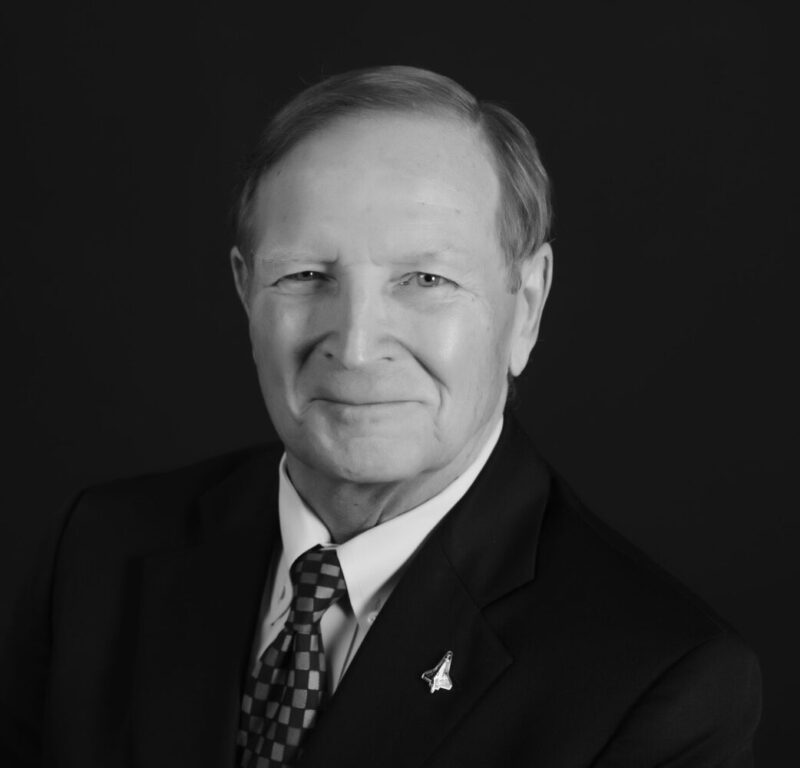 On January 27, 2020, our beloved and visionary founder suddenly passed away. He led an extraordinary life. Roger E. Tetrault was born September 3, 1941, in Hartford, Connecticut, the second of six sons of Hector and Bella Tetrault.

Roger was a standout wrestler in the 1959 class of Huntington High School on Long Island, New York. While attending the U. S. Naval Academy in Annapolis, MD, he transitioned to gymnastics graduating from the academy in 1963. Roger earned his aviator wings in 1965 and subsequently served as a pilot as well as Surface Warfare Officer during his two tours in Vietnam. In 1976 he earned an MBA from Lynchburg College.

Roger was the retired CEO and Chairman of the Board of McDermott International, one of the world’s largest offshore oil exploration and construction companies. Before his tenure with McDermott, he was a senior executive officer with the international defense contractor General Dynamics, restructuring several critical divisions. As Senior Vice-President of the Land Systems Division he was involved in the design and manufacturing of diverse armored vehicles for the US Armed Forces and foreign allies. When first hired by General Dynamics, he served as President of Electric Boat Shipyard in Groton, Connecticut, the premier nuclear submarine designer and shipbuilder. Tetrault also played a major role in the development of the next generation of naval nuclear reactors designed to last the life of the ship. This technology continues to save the Navy billions of dollars each year.

Roger Tetrault served on over twenty commercial and charitable boards. He was inducted into the Lynchburg College, Business and Economic Hall of Fame in 1998. Heidrick & Struggles named him one of the top ten CEOs in the United States. The U.S. Army Armor Association inducted him in 1996 as a Distinguished Knight in the Order of St. George. In 2005, Roger was awarded the NASA Distinguished Public Service Medal for his involvement in the International Space Station’s Task Force and his service on the NASA Advisory Council. He was one of 12 board members that investigated the loss of the Space Shuttle Columbia in 2003. He was on the National Research Council’s committee that extended the operation of the Hubble Telescope.

In 2013, Captain Tetrault was selected from over forty thousand living alumni as the 55th Distinguished Graduate of the United States Naval Academy. A long supporter of his alma mater, Roger and wife Linda founded the Naval Academy’s Ethics Leadership Chair which evolved into the Vice Admiral James B Stockdale Center for Ethical Leadership. He was inducted as the tenth Wall of Warriors honoree by the Military Heritage Museum in Punta Gorda in 2018.

Roger and Linda created the Peace River Botanical and Sculpture Garden as a unique treasure for the Punta Gorda, Florida, community and region. After 15 years of development, it opened to the public in 2017. Roger and Linda acquired and commissioned the garden’s whimsical sculptures during their international travels. The gardens were designed to preserve the natural environment and mangrove marshes unique to the Peace River. Roger and Linda worked tirelessly over the years building the extraordinary site, and have provided for significant future growth with an ambitious master plan.

Roger will be missed by his adoring wife of thirty years, Linda. He left behind two sons, Stephen and wife Ani Tetrault and Michael Tetrault. He is also survived by a daughter, Danielle, and husband Allen Gooch, and their children, William and Catherine Gooch. His five brothers Leonard, Raymond, Alfred, Paul, Richard, and many nieces and nephews, also mourn his passing.

We celebrate the life of Roger and know that he would be pleased to see his vision continue to bloom. If you would like to make a memorial gift to his beloved Peace River Botanical & Sculpture Gardens, Inc., you may donate online by clicking the donate button at the top of the page. Or, mail directly to 5800 Riverside Dr. Punta Gorda, FL 33982.